The next stage: The gear. The most essential element is the camera. Will you need more than one camera? What is the best camera for filming? The answer, as always is: it depends. Let’s look at some options for filming and what works best in each situation.

If you’re filming you’ll want an “A” and “B” Camera. Yes, that’s two cameras. The “B” Camera can easily be a cell phone if you’re so inclined but I’d recommend if you’re serious enough to film properly, Don’t use a cell phone for interviews or anything other than quick actions shots, pans or spur of the moment captures. I used a Google Nexus 6P to film an interview with a client as the A camera. It fried the battery on the phone, forever. Phones get hot. They are brilliant tools that can be used for just about everything. If you’re really serious about video, use phones to sync sound, manage the main camera through an app or to get stills while shooting.

Here’s the truth: The tool you use is not the story you tell.

Using a fancy camera will not make what you are shooting compelling, aesthetic, well composed or well told. Using a cheap camera will likely lead to low production quality, camera shake, bad sound and a host of other problems that can make your video unwatchable BUT storytelling is the most important aspect. If the only thing stopping you from telling the story you have, right now, that you are motivated and inspired to record- use the cell phone. Don’t let your gear be an obstacle for your accomplishments. You’ll learn as you go, however, this is not a full fledged pro tool. If you really want to dive in, get to know a higher end camera. The time investment is worth it. 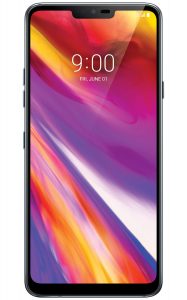 Great is the Enemy of Good. Just Start with whatever you have today. Right now. Start small, start bold just start. Excuses will destroy your momentum.

I use an LG G7 ThinQ– It takes brilliant photos and is cheaper, lighter, smaller and doesn’t have obnoxious menus like the Samsung Galaxy S9+, which I had stolen BY SECURITY at the Macklemore & Kesha concert.

I tried using this as a camera for a documentary style interview. I used a Logitech C920 HD 1080p. It kept crashing the video editing software I was using: Corel VideoStudio 10 2018. I tried the Logitech software and it still crashed. Web cams are fine for a Skype call or video conference but they are not meant to be filming tools. Both my A (cell phone) and B (web cam) failed miserably. I used these tools because the client was wary of  video and nervous. I thought the minimal footprint and familiar look would make him more comfortable. I ended up with bits of footage between web cam crashes, that my partner was filming. The cell phone had a lavalier mic plugged into it and a buzzing sound permeated the cell video. Syncing sound is a major pain in the ass and not a great task for novices. You want to avoid it if possible and most client’s at this level are not paying you for professional editing services. This means, I ended up with basically unusable footage.

You are the professional. Reshoots happen, it’s a given but avoiding them and getting it right is best. Produce good footage to not waste time in post-production, editing.

Never stop experimenting. You will fail. You will get better.

The Canon EOS 5D Mark IV is the go to camera for pro’s that use DSLR. There are LOADS of others. If you’re looking to save a substantial sum of money opt for an ASP-C sensor. It’s smaller than a full size sensor, compromising some low light capability and very high speed shots. If you’re not photographing night sky’s or professional athletic games, you’re fine. I LOVE my ASP-C senor rig. The Canon 80D is very popular amongst bloggers, has 1080 HD resolution (not 4K) and you can pick one up from Costco for $1800 with 2 kit lenses.

I don’t use DSLR’s. I’m an early convert of the Mirrorless systems.

Lots of old school photographers will have no idea what the hell you’re talking about if you start banging on about Mirrorless cameras. That is quickly changing. I bought my first mirrorless in 2014 in Olympia, Washington. Shooting hikes in the lush temperate rain forests of the Pacific Northwest. I bought it to shoot my first professional pics: a moving company, moving me into a floating home on the Columbia River in Portland, Oregon. It didn’t say it was weather sealed but it still works like a champ, after tens of thousands of shots.

The problem with my Sony Nex 5T, the little camera that can: overheating. This is a problem with many DSLR’s and mirroless cameras when you shoot video.

In Europe, camera’s don’t shoot video longer than 30 minutes. Any camera that shoots continuously for more than 30 minutes is subject to a VAT, a hefty tax on camcorders. The work around: Looping recording. Panasonic produces two models that are the go to for professional videographers, they are both mirroless. 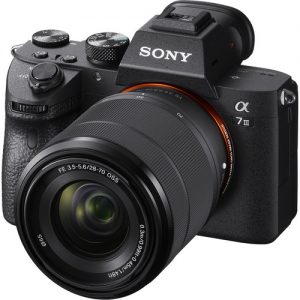 I am in love with my new Sony a7III. There’s a whole lot of hub bub about this out there. It lives up to the hype. I just randomly shot some footage of a automotive shop fire, with explosions for a local news station while driving by, randomly. I was standing on a bunch of rickety pallets wondering if I might actually be hit with explosive debris. I carry this camera with me everywhere. It fits nicely into my Eagle Creek bag but is not light.

I dislike the digital harshness of most affordable camcorders. They can shoot continuously and have excellent anti shake technology. I don’t use them.

Professional Cinema Cameras are ungodly expensive and are for professionals, well beyond the scope of this series. 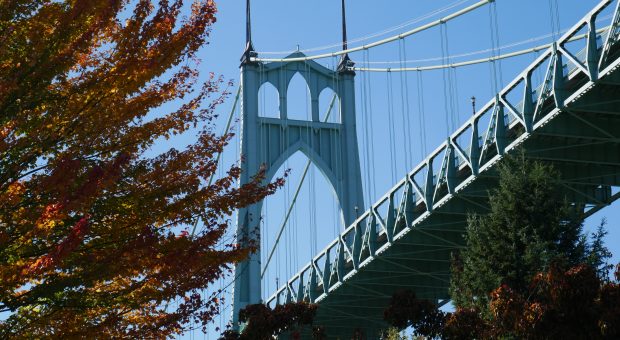 As most of you know, Stevie Howe began Howe Innovative Design in a half bedroom in the Liberty Wells neighborhood of Salt Lake City, Utah in 2010. The business grew to emphasize WordPress web development, photography and copywriting. It’s worked out well. It was time to grow, move onto larger markets and a culture more reflective or our progressive practices both in business and personally.

So, we ended up in Portland in 2013. Portland has a housing crisis. Literally, it’s been declared a crisis by the Mayor’s office and city council. We’ve felt the pinch. Unable/unwilling to pay skyrocketing rents or to commute from the environs of Washington County, Vancouver (read Vantucky) or God forbid, Salem, OR, a lovely town to be sure but not why we sold our home and moved Northwest, we moved.

Christy got a fantastic job offer. She’s been recruited, now working in management, pursuing certifications to add to her impressive qualifications. Putting to use her Master of Public Policy. She’s returned to lobbying, also hiring, training and managing field staff. She still works with Howe Innovative Design but she’s got a day job. I’m here, full time. Working, training, learning and pushing to make our sites better.

We were able to purchase an adorable home in Salt Lake. It’s cozy, comfortable and most importantly, the cats LOVE it here. We’ve got plenty of light for the plants. We are doing battle with horrific invasive trees in the backyard… More about cardboard weed barriers topped with fragrant mulch later. Damned Trees of Heaven/Chinese Oak.

All of our client’s are in Oregon. We are registered as an Oregon business, licensed and proudly paying our taxes. For the record, I support Measure 97. Thanks to Alaskan Airlines and a Honda Fit purchased from Griffith Honda in The Dalles, OR I am there quarterly. My heart is in Oregon but my hearth is in Salt Lake City. The mountains, red rock marvels and hot springs of Southern Utah keep me preoccupied. The Gorge, bridges, open space of Eastern Oregon and fantastic people of the Pacific Northwest have my undying love.

If you need us, we’re here.

It’s now time to live and work “on Dirt.” The contemptuous moniker given to land dwellers by the floating home residents. They call themselves “River People.” They are indeed a different breed. For a year we have lived and worked in a floating home office on the Columbia River. It’s been an adventure. Our house has been tug boated away on one occasion. We’ve suffered through sweltering heat magnified by complete humidity, freezing cold, inefficient, corroding appliances and electrical wiring, leaking windows, doors and waged a losing battle with nature to reclaim any structure constructed so unnaturally. I have to admit it’s nice to only hear the wind now and not rock at times violently to wake current, waves and wind.

I will miss the river otters, Hank the Heron, nocturnal beavers, playful fowl of all stripes and the magically dancing morning light, shimmering on the ceiling. Ever grateful to be more interesting people, it’s good to live amongst the bike riding, beard sporting, bookish, weirdos of Hollywood, Portland.

Special thanks to Fisher Moving. Tony Fisher personally showed up EARLY with his crew to ensure the move went well. All our gear was shrink wrapped and covered. The move took 6 hours and the crew was professional, friendly, prompt clean and courteous. Four of those hours were hoisting our items up a very steep gangway (metal walkway leading from the Island to the floating homes below on the water). In early spring the Columbia’s waters are low, making it a steep ascent. I was impressed. I HIGHLY recommend Fisher Moving (503) 819-3247. END_OF_DOCUMENT_TOKEN_TO_BE_REPLACED