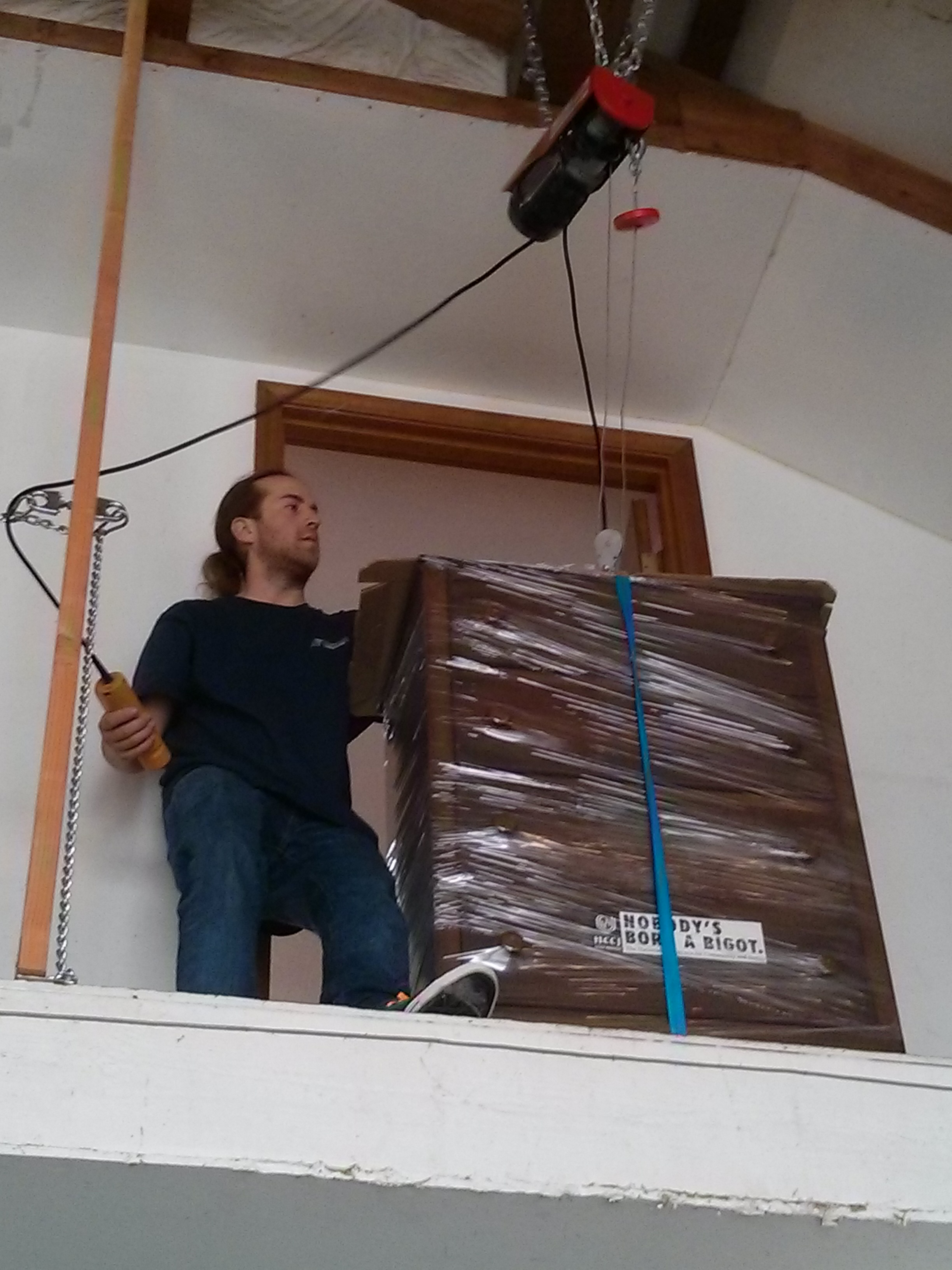 It’s now time to live and work “on Dirt.” The contemptuous moniker given to land dwellers by the floating home residents. They call themselves “River People.” They are indeed a different breed. For a year we have lived and worked in a floating home office on the Columbia River. It’s been an adventure. Our house has been tug boated away on one occasion. We’ve suffered through sweltering heat magnified by complete humidity, freezing cold, inefficient, corroding appliances and electrical wiring, leaking windows, doors and waged a losing battle with nature to reclaim any structure constructed so unnaturally. I have to admit it’s nice to only hear the wind now and not rock at times violently to wake current, waves and wind.

I will miss the river otters, Hank the Heron, nocturnal beavers, playful fowl of all stripes and the magically dancing morning light, shimmering on the ceiling. Ever grateful to be more interesting people, it’s good to live amongst the bike riding, beard sporting, bookish, weirdos of Hollywood, Portland.

Special thanks to Fisher Moving. Tony Fisher personally showed up EARLY with his crew to ensure the move went well. All our gear was shrink wrapped and covered. The move took 6 hours and the crew was professional, friendly, prompt clean and courteous. Four of those hours were hoisting our items up a very steep gangway (metal walkway leading from the Island to the floating homes below on the water). In early spring the Columbia’s waters are low, making it a steep ascent. I was impressed. I HIGHLY recommend Fisher Moving (503) 819-3247.

Without further ado, here are the photos of our move. 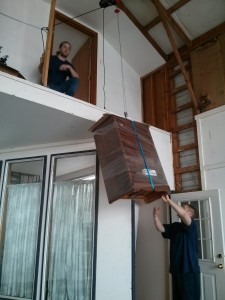 Lowering a dresser over the boat well. 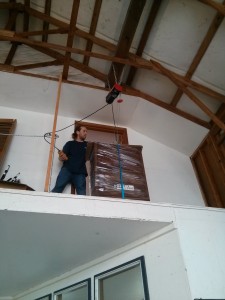 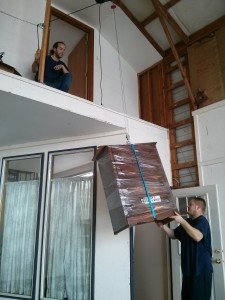 *Not in this picture* The Columbia River under the dresser 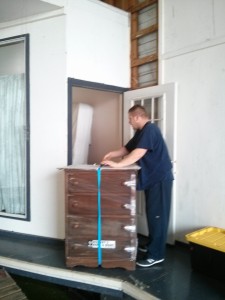 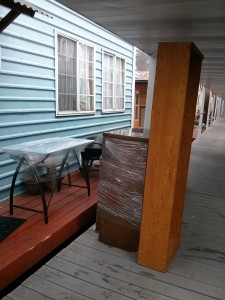 Desks and dressers on the boardwalk 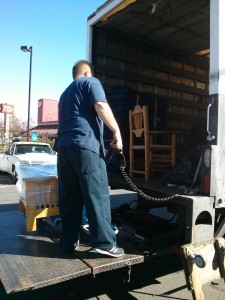 After the 800 foot steep march up the boardwalk, it’s time to laod the truck 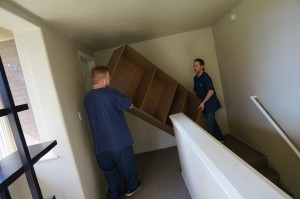 Like a boss, guiding our gear around tight corners 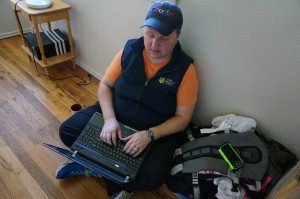 While Christy manages the move, Sara has some pressing client copy to write 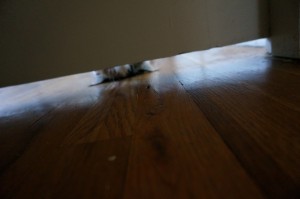 Pepper suffering through the move in process 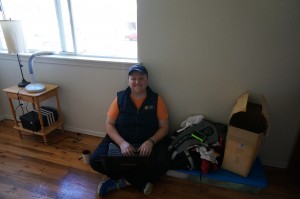 Huddled in the corner to keep the work going 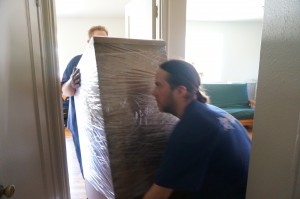 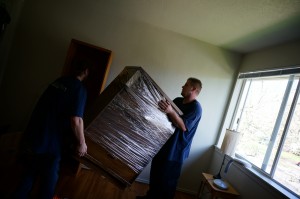 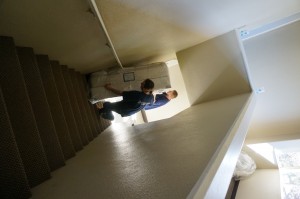 They claimed it was a “light” mattress… 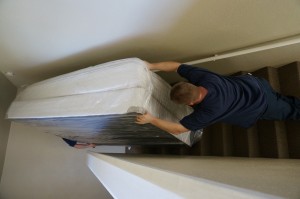 Our matress and box spring moved with minimal grunting 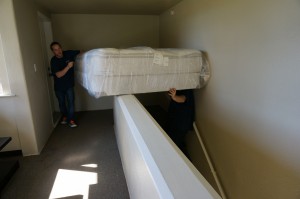 Working around a tricky narrow staircase 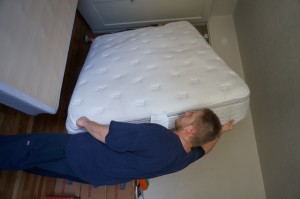 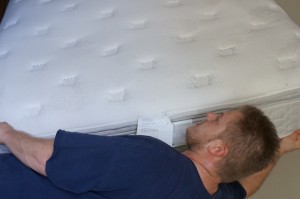 Fisher Moving, we love you. Seriously.